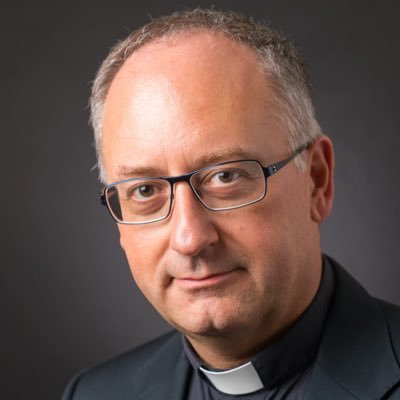 I am most honored to welcome all of you and offer a few opening remarks at this meeting dedicated to the «Global Ecological Crisis: Chinese and Western Perspectives».

I give a special welcome and word of gratitude to our distinguished speakers: Thomas Friedman, a well-known journalist and writer and three-time Pulitzer Prize winner; Professor Wang Jisi, dean of the School of International Studies of Peking University, and Paul Elie, Senior Fellow at Georgetown University and a respected journalist and writer.

Thank you to everyone present here: bishops, professors, esteemed professionals, journalists and friends.

It is also a great honor for me to initiate here in Rome the activities of the «China Forum for Civilization dialogue», a platform for dialogue with China created by Georgetown University and La Civiltà Cattolica.

A special thanks to President DeGioia for believing in this project and having accompanied it since the beginning. I am also grateful for the collaboration of Tom Banchoff, vice president for global engagement at Georgetown University.

The China Forum aims to be a platform for meeting and reflection that brings Chinese thought leaders     together with   international counterparts to discuss common challenges at the intersection of culture, technology and global society.

The forum’s first three topics are the crisis of ecological civilization; the ethics of artificial intelligence; and humanities education for a global era.

I want to remember an image that can guide us in a meeting comprised of differences and harmonies. President Xi Jinping used the image of many colors in an address to UNESCO in 2014 to describe the “magnificent genetic map of the path of human civilizations” on the earth. And he added that the palette of colors of the various civilizations is enriched by “greater exchanges and reciprocal learning,” offering prospects for the future. That talk was diametrically opposed to the so-called “clash of civilizations.”

Pope Francis also used several times the image of the palette of colors and the «polychromatic light» proposing the “civilization of encounter” as an alternative to the “uncivilized clash.”

The China Forum plans to host expert seminars and high-level public events in leading global cities, including Rome, Washington, D.C., San Francisco and Beijing. A first seminar, hosted by the Ricci Institute for Chinese-Western Cultural History at the University of San Francisco, brought together Chinese and Western scholars in August to address the changing role of the humanities in higher education.

A first major public event, on the global ecological crisis, takes place now in Rome. Other initiatives are planned.

The China Forum has an advisory board whose chair is Father Federico Lombardi, S.J., who I thank for his efforts.

The alliance between Georgetown University and La Civiltà Cattolica is written in the DNA of our institutions, which have a great history behind them and are both global.

Georgetown University is the oldest Catholic university and largest Jesuit university in the United States, founded in 1789 by Archbishop John Carroll. Georgetown today is a major student-centered, international, research university offering programs in Washington, D.C.; Doha, Qatar; and around the world.

La Civiltà Cattolica is a bimonthly journal founded in 1850 by Pope Pius IX; it is the only journal overseen by the Secretariat of State of the Holy See and it is among the oldest periodicals in the world. Since 2017 it has appeared in English, Spanish, French, and Korean, in addition to Italian.

The forum carries forward the tradition of Fr. Matteo Ricci (1552-1610) the early Jesuit missionary whose appreciation of Chinese language, history and customs provides a model for productive intercultural encounter.

In 1601 Ricci wrote a essay on friendship where he brought together Chinese wisdom and Western wisdom. “When you consider your friend as yourself,” Ricci wrote, “then what is distant becomes close, the weak become strong, the disgraced are brought to prosperity, the sick are healed.”

Pope Francis himself chose the theme of friendship to speak about China.

We have learned so much from Chinese culture, which arrived in Europe thanks to the study and passion of the Jesuits. Today geopolitical and cultural challenges make it essential to deepen our friendship and our encounter on issues relating to our common home, the world and its harmony.